what to do with a vintage ammo box

This guy, picked up eons ago for $10, has worn many hats. Figuratively speaking. 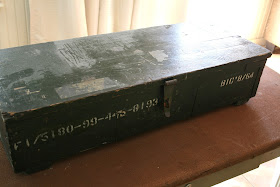 Below a sofa table stashing old magazines I couldn't bear to let go.

The boys eventually used it to hold their drinks (which aren't supposed to be out of the kitchen in the first place) and rest their stinky feet on while playing video games. Only problem was it was a wee bit too short.

Casters to the rescue. 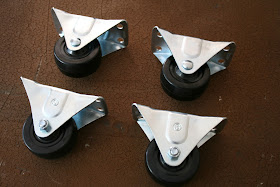 It was like this box was MADE for wheels. A wooden strip was already on each side, providing the perfect attaching spot. Thank you, Army! 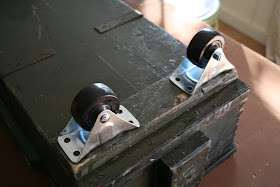 Some nuts {blush} keep the heads of the screws from slipping through the caster holes. 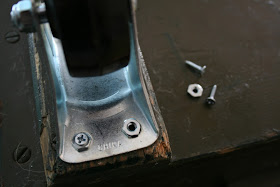 Now it acts as a makeshift bench when friends come over, or rolls out of the way completely when we want the extra room. and it draws your attention down to the ground instead of looking at the cat worn edges of the couch or the primed panel wall that still isn't painted 18 months after it was put up. 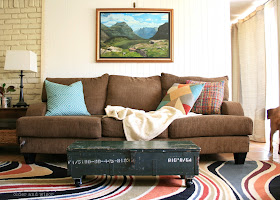