Embracing Your Personality Type (I'm an ENFP - what are you?)

I was in 7th grade the first time I took a personality/career assessment test.

Our teacher built it up to be a big deal. She threw out phrases like "discovering what you're good at" (applying make-up, obviously) and "fields that you'll excel". There was something almost mystical about the whole thing, like looking into a crystal ball to catch a glimpse of your future.

Then again, everything seems dramatic when you're 12.


We were instructed to not compare results - these were individual ratings that were neither better than or less than. As if. Come lunch time, it was all we could talk about.

While my friends scored high in responsible things like analytical skills, focus and drive, or problem solving, mine came back with phrases like "open-minded" and "enthusiastic". A bunch of adjectives that smelled of consolation prizes for not getting any real talents.

There was also something in the problem areas (my interpretation) about resistance/dislike of authority, however we all KNOW assessments can't be completely accurate. 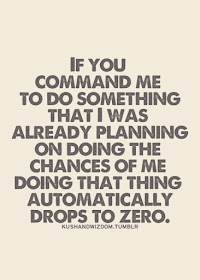 It also showed a high score in "creativity" which, for someone who wanted nothing more than to be a quiet intellectual that people took seriously, was practically a death sentence. 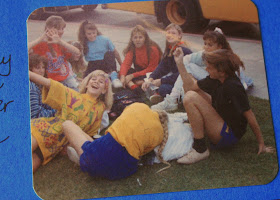 That one there is from 8th grade. Now blond and clearly blending in with the other girls and their conservative, well behaved-ness. Why can't I be the one hiding? The one uncomfortable because she has a sense of propriety and would never wear {yet another} do-it-yourself headband thing under crimped hair? Math was always my worst subject, but the likelihood there was also a song being belted out Broadway style at this exact moment = 103%.

By the time high school rolled around, it's was the 90's, which meant there were now computers on campus. You could plunk yourself down in front of a screen in the Work Development building just off the library, answer a bunch of questions, and your aptitude profile report would print up in a matter of seconds. Mine was always the same, no matter how many times I retook it. 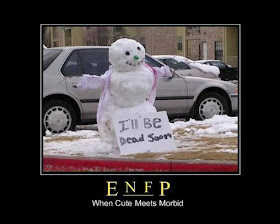 Recently while we were purging (still!) some bins of memorabilia, my old school yearbooks were unearthed. Three things I quickly learned:

1. there are a lot of people I don't remember

2. they referenced experiences we had together and inside jokes I don't remember

3. high school language is much saltier than I remember

As one of the boys caught a glimpse at some of the more...appropriate inscriptions, he looked confused as he read through them. "So you were pretty much just the same?"

Can it be true that the last 22 years spent growing up, trying to navigate life, living with a husband, attempting to raise 5 responsible, kind children...and I'm still the EXACT SAME PERSON?

In a word: mostly.

Although I have learned how to use my "strengths" of communication and playfulness for good instead of evil.


I took the test again just for kicks and...same as always.  (here's a summary).

Although at 39, seeing your gifts (AND shortcomings) on paper somehow feels much less like a label or something to overcome and more like permission. Validation. Celebration. 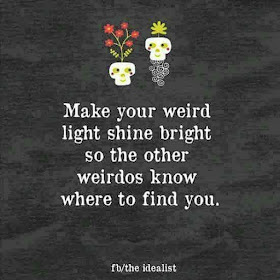 Where the younger me struggled to obey the inner voice that was always pleading to HOLD BACK and TONE IT DOWN, the older me knows that would be a shame. At least sometimes. 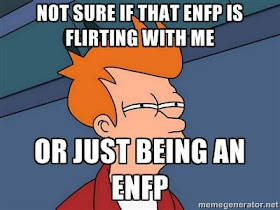 After years of listening to friends with different temperaments and strengths talk about their experience navigating adolescence, it became obvious that even the most "ideal" traits came with their own baggage. The quiet ones? Accused of being snobby. The smart ones? Intimidating to boys. Those motivated, focused and driven ones that captured my envy? Perceived as uptight and no fun.

For any of you struggling with your inherent gifts and abilities, take heart.

What you have to offer matters.

What you can give to the world makes a difference.

Instead of spending massive amounts of time and effort trying to become what you aren't, what if you took that energy and spent it shining up what you already have until it sparkles?

I'd love to hear what YOUR personality is. What you love about it. What drives you nuts.

Any other ENFPs out there?


(Never taken a test before? You can do that here, or google "Myers-Briggs Personality Test")